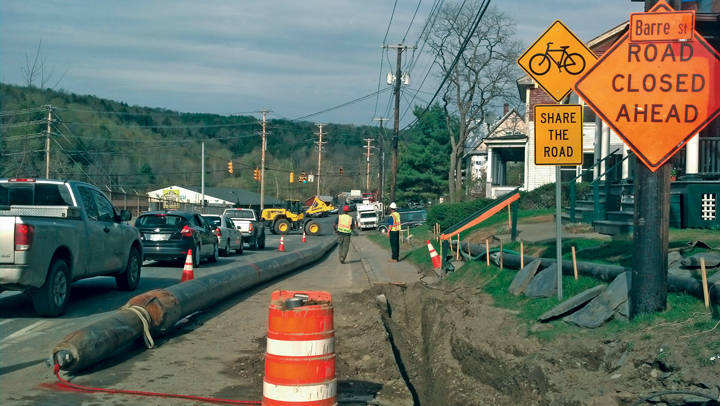 One of the most common ways to replace severely damaged or broken sewer pipes is through the use of what is known as pipe bursting. It is a modern trenchless technology, which means that there is no need for a backhoe or major digging to repair the sewer line.

The basic idea is to replace the existing sewer line with a new, longer lasting material that will last for a number of years. Older sewer lines were made of cast iron or concrete.

The steps in pipe bursting are actually quite simple once you understand that the goal is not to remove the old pipe, but use it as a way to properly align the new pipe.

There are certain conditions that must be present in order for pipe bursting technology to produce the results the property owner is looking for. Geological conditions are a big factor in determining suitability as well as the length and material of the original pipe.

Though the process is simple and straightforward, there are actually two types of pipe bursting techniques that can be applied: pneumatic and static. We will avoid being overly technical, but it is useful to know the differences so you can have a better idea of why one is preferred over the other in your particular situation.

Once the new sewer line is in, it will be tested for inner wall integrity and then connected to the other ends of the main line. A water flow test will be conducted to make sure no leaks or cracks occurred during installation.

One important point that can be overlooked is that pipe bursting is both a technology and a system. There are companies who manufacture pipe bursting systems, so it is not a matter of throwing different parts together and following the steps. How pipe bursting technology can replace sewer pipe lines is simple when a layperson thinks about it, but is actual execution requires professional training and equipment.